He is the only concert violinist of the 20th and 21st century who created major compositions like Opera, Symphony, Concerto, etc. which are performed internationally and commercially recorded.

Markov studied violin under Stolyarsky and Meksin (Ekaterinburg), Lechinsky (Kharkov), and Yankelevich (Moscow)
Winning the Gold Medal in the Queen Elizabeth Competition in Brussels, he was concertizing extensively. Aram Khachaturian wrote: “Albert Markov’s activities have had many facets…in all spheres of actions, he shows a remarkable talent. As a violinist, he is one of our best. As a teacher, he has trained excellent violinists. As a composer, he is remarkable in the originality of his compositions. In summary, Albert Markov is an outstanding musician.”

After he immigrated to the United States in 1975, Markov made his sensational debut with the Houston Symphony in May 1976, prompting a New York Times reviewer to write: “The audience roared approval, coming to its feet for three standing ovations, Mr. Markov vowed them with dazzling pyrotechnics.” 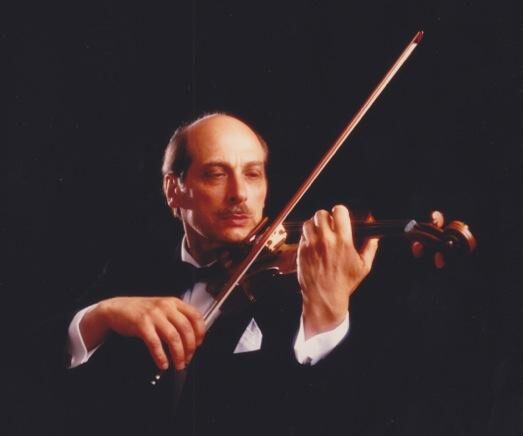 Following performances with symphonies and solo appearances at Carnegie Hall in New York, Markov performed at the Kennedy Center in Washington, D.C. and played to great media acclaim in concert halls in Chicago, Los Angeles, Philadelphia, Houston, Toronto, Montreal, and other cities of North and South America, Europe, Asia, and Africa.

After almost 20 years of absence from the Russian concert stage, Markov entered the music scene again in Moscow in May 1994. His recordings are on Sunrise, Melodia, Musical Heritage Society, and RMS labels. His compositions have been published by G. Schirmer (USA) and Muzyka (Russia). He has written three Operas (Tamara, Queen Esther, Checkmate) Symphony, Violin Concerto, Formosa Suite for Violin and Orchestra (both recorded by Markov with the Russian National Orchestra), Six Rhapsodies for violin and orchestra, Sonatas for Solo and Duo Violins, Violin Caprices, numerous Cadenzas, and arrangements of works by various composers. During 20 years since 1983, Markov was the Music Director of the Rondo Chamber Orchestra, appearing both as a soloist and conductor. He was a founder of the Rondo Music Society and Music Festivals in Canada (Nova Scotia) and Vermont (Bennington) from 1995 to 2007.

Albert Markov regularly performs in joint concerts with his son Alexander Markov. He teaches at the Manhattan School of Music and Long Island Conservatory of Music.

Among his students are prizewinners of the International Competitions and members of the leading orchestras.

He's also an inventor and a patent holder of a special violin shoulder rest.
www.albertmarkov.com